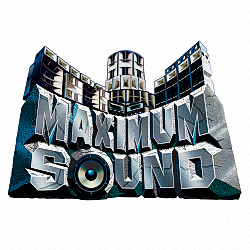 Frenchie’s Maximum Sound label celebrated its 25th Anniversary in 2018 and it’s been quite a journey – one involving many of the biggest names in reggae and dancehall from Jamaica, the UK and Europe. The Paris-born producer, who got the name “Frenchie” whilst learning his craft at Fashion’s A Class studio in London, has long valued authenticity, as well as quality. Frenchie’s love of reggae and dancehall began when rifling through his brother’s record collection. In the late 80s when computer rhythms were setting dancehall ablaze, the teenager from Paris headed for London, where he met John McLean, Chris Peckings and Captain Sinbad, who introduced 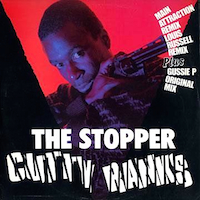 him to the vibrant London reggae scene. Dub Vendor’s John McGillvray then invited him to become apprentice engineer at Fashion Records’ A Class studio – a hotbed of musical activity where Jamaica and London met on more or less equal terms. It was at their Forest Hill premises where Frenchie worked on hits by Cutty Ranks (“The Stopper”) ( https://youtu.be/Gcmr-sIT9V8 ) , General Levy and Top Cat, to name but a few leading artists of the day. He learnt his craft from ace engineers Chris Lane and Gussie P, as well as in-house musicians Mafia & Fluxy. His apprenticeship would encompass dancehall, roots, lovers’ rock and even old school reggae, since legends such as Augustus Pablo, Dennis Brown, Gregory Isaacs, Horace Andy, Frankie Paul, Alton Ellis and Junior Delgado were all regulars at A Class. 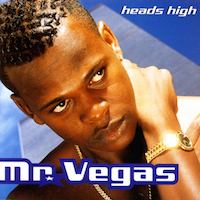 In 1993, he launched Maximum Sound and began producing tracks featuring local and international reggae acts, including Gorillaz’ star Sweetie Irie and Stylo G’s late father, Jamaican deejay Poison Chang. Frenchie’s love of sound-system fuelled remakes of rhythms such as “Chill Out,”
“Waiting In Vain”,”Sensi Addict” and Barrington Levy’s “Here I Come”(which Frenchie renamed “Intercom”), and spawned the hits that put his label on the map. By the mid 90’s he was working in Jamaica with the likes of Sly & Robbie, Dean Fraser, Richie Stephens, Mr. Vegas and Red Rat – also Stephen “Lenky” Marsden, who became a frequent collaborator. Frenchie encouraged Lenky to make the leap from musician to producer – a path that led to him becoming one of the greatest producers of the early 2000s, cemented by one of the biggest-selling rhythms of all time. This was the classic “Diwali,” which spawned international hits by Sean Paul (“Get Busy”) and Wayne Wonder (“No Letting Go”) ( https://www.youtube.com/watch?v=NyfwImwoE3w ). Frenchie was also executive producer of two Mr. Vegas albums for Greensleeves, including “Heads High.” He also co-produced Mr. Vegas’ worldwide hit “Sweet Jamaica” featuring Shaggy and Josey Wales (https://www.youtube.com/watch?v=b9ZJ7FpXiEg).

Once he’d made his mark and proved his worth – not an easy task for any overseas’ reggae producer – Frenchie’s tracks began to regularly feature on albums by artists such as Capleton, Sizzla, Morgan Heritage and Junior Kelly, whose “Tough Life” ranks among the sing-jay’s finest work. Although not credited, he also engineered tracks on Buju Banton’s masterly 1997 release “Inna Heights”.

Beenie Man, Elephant Man, Bounty Killer, Sean Paul and Vybz Kartel all flocked to his label as the Millennium got underway. These artists were among the biggest names in Jamaican music at that time, and appeared on Maximum Sound/Greensleeves one-riddim album series such as “Jumbie,” “Blue Steel,” “Fowl Fight” and “World Jam”. 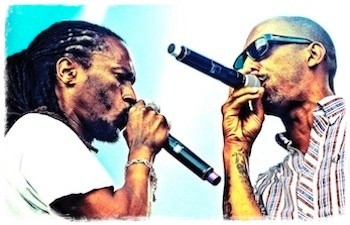 Whilst continuing to make strides in the dancehall arena, Frenchie was also busy spearheading a reggae resurgence back in his native France with hits by Raggasonic, who’ve sold more than 600,000 albums to date (https://www.youtube.com/watch?v=nQAdYNB8nXU). Their album “Raggasonic 3” is testament to the band’s lasting appeal, but then Frenchie was never one to let the grass grow under his feet. In addition to his work with Raggasonic he’s recorded tracks with France’s No. 1 rap group NTM and collaborated with Neg’marrons, who had a Top 20 hit with “Tout le Monde Debout”, featuring Mr. Vegas (https://www.youtube.com/watch?v=k7EDPuHH_YA). This in turn led to a collaboration with sensational French rap group 113, who he paired with Buju Banton on their album “113 Degrees”, which reached Gold status in France.

As more traditional reggae style songs became popular, he embarked on a quartet of highly acclaimed albums by Anthony B, including “Black Star”, 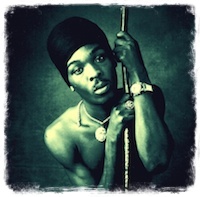 which gave birth to two of the artists biggest hits  “Higher Meditation” and “World A Reggae Music” (https://www.youtube.com/watch?v=nsa_I6nbZo0). Frenchie was also executive producer of Fantan Mojah’s “Stronger” album. His own contributions included the title track, which became an anthem in Jamaica and spawned the No. 1 video on Jamaican television at the time (https://www.youtube.com/watch?v=f_t2uOIEZZw).

A succession of celebrated Rasta singers and dee-jays,  including  Tarrus Riley, Jah Cure , Alborosie and Gyptian, began to regularly grace his sessions from thereon, enhancing both their own reputations and that of the self-effacing Frenchman. It was Frenchie who produced Luciano’s “United States Of Africa” – an album that helped rejuvenate this well-loved Jamaican singer’s career back
in 2010.

Other bestselling rhythms for Maximum Sound soon followed, including “Ghetto State Of Mind” featuring Bounty Killer, Assassin & Half Pint and the genre defining “Skateland Killer” – a mighty roots riddim that roared from speaker boxes worldwide thanks to hit songs by Tarrus Riley (“Rebel”), Alborosie and Captain Sinbad. The label’s next hit rhythm was “Fairground” featuring  I-Octane , Stylo G and Christopher Martin, whose “Top A Top” lived up to its billing by reaching No. 1 on Choice FM’s Official UK Reggae charts. 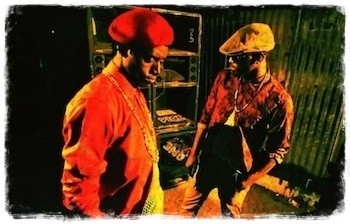 Frenchie had continued releasing hit rhythms on Maximum Sound including 2013’s “Tin Mackerel”. The latter spawned Konshens and Romain Virgo’s “We No Worry ‘Bout Them” (https://www.youtube.com/watch?v=iQyGMHNR614) which was another triumph, and a hit all over Planet Reggae as the two young artists celebrated the original dancehall sound and spirit of Jamaica.

In the last decade a whole new generation of reggae artists have emerged from Jamaica and the UK, keeping the pulse of reggae music alive. New greats like Jesse Royal , Dre Island, Kabaka Pyramid, Iba Mahr , Samory I , Ding Dong , Gappy Ranks, Ras Demo and Randy Valentine have all appeared on Maximum Sound in recent years .

Hits have proved plentiful but if If there’s one song that defines the latter part of 2017 it’s RomainVirgo’s “Now” – (https://www.youtube.com/watch?v=gymqj2wu5fg) a feel-good missive from a singer whose own career path took him from Jamaica’s youngest-ever TV talent show winner to national treasure .“Now” became the standout track on Romain’s “LoveSick” album, released by VP Records. 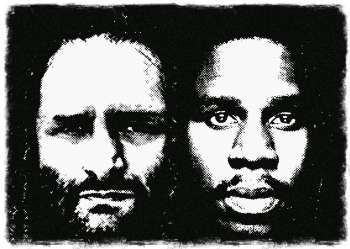 In the meantime he was working as A & R / Album Coordinator on new albums by Mr. Vegas and Alborosie. Frenchie also co-produced Alborosie & Chronixx’s “Contradiction” (https://www.youtube.com/watch?v=kuFI_jOSyGw) from the “Unbreakable: Alborosie Meets The Wailers United” set, which brought together two of reggae music’s most exciting new talents along with members of Bob Marley’s backing band.

Listen out too, for “Maximum Sound at 25”, which compiles many of the label’s biggest hits that placed Frenchie’s music right at the heart of the Jamaican dancehall experience – something he’s successfully maintained from the start.